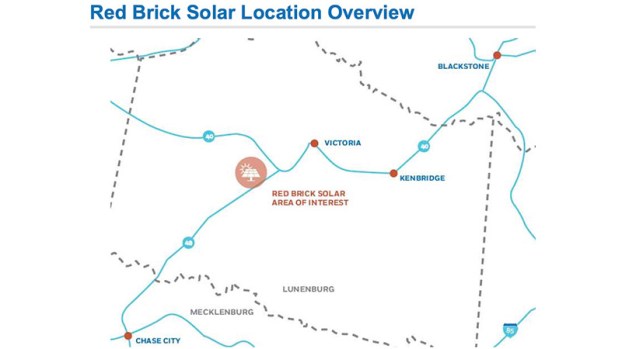 Apex Clean Energy and SolUnesco, the applicants of Red Brick Solar, are currently waiting to learn if the Conditional Use Permit will be accepted for a solar photovoltaic power plant located near the Lunenburg County courthouse.

Apex Clean Energy and SolUnesco, the applicants of Red Brick Solar, Lunenburg County’s first solar project, were left waiting for approval of the company’s Conditional Use Permit (CUP) Application following a Board of Supervisors (BOS) public hearing on Thursday, Sept. 9.

SolUnesco CEO Francis Hodsoll said the project would place a solar photovoltaic power plant across 935 acres in north-central Lunenburg County, near the courthouse, about 4 miles southwest of Victoria.

Several citizens spoke in favor of solar development at the public hearing, with no opposition being expressed.

In recent months, the Red Brick Solar project has been met with both support and opposition during public hearings held by both the planning commission and the BOS.

Citizens have expressed concerns over wetlands, set back requirements, taxes, land use and the overall disruption to the aesthetics of the area.

Following Thursday’s public hearing, the BOS tabled the decision on the CUP, citing ongoing negotiations of a siting agreement.

“Our CUP application was submitted to the county last October, which means a decision must be made next month,” Public Engagement Manager Natasha Montague with Apex Clean Energy said.

The siting agreement legislation intends to allow the local governments to address certain community needs and allow the solar project developer to help address those needs.

Montague said once the CUP is approved by the Board of Supervisors, Red Brick will finalize its Permit by Rule application for the Virginia Department of Environmental Quality permit.

In the meantime, Montague said, “we will continue to refine the design of the project through extensive engineering studies, conclude our interconnection agreement and complete the remaining environmental studies.”

According to Hodsoll, the Red Brick project would benefit the county and provide a key source of revenue for the county.

“This project does not impact county services,” Hodsoll said. “There will be no new road to be built, and we will utilize the natural layout of the land to reduce the amount of grading that will be done.”

Hodsoll said the project would increase local tax revenues by an additional $205,000 annually throughout the project’s life.

According to Hodsoll, the Red Brick Project would sell its electricity to a third party.

“This means this would not affect what people in Lunenburg pay for their electricity either more or less,” he said.

Hodsoll said Red Brick’s plan would be to connect to an existing transmission line that runs from Chase City to Lunenburg.

The facility is expected to generate enough energy to power more than 26,000 homes. 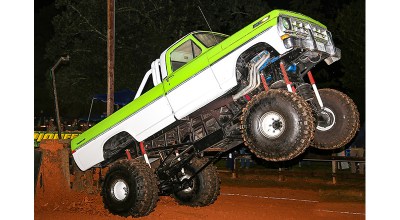 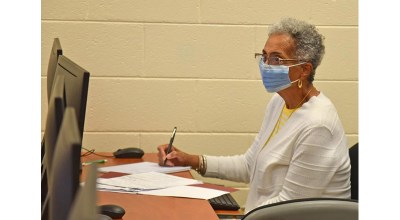 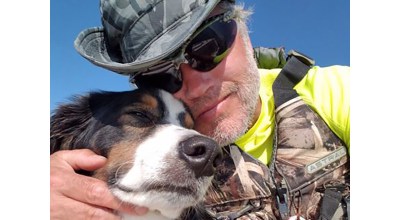