COLUMN — A thank you letter

When I moved to Farmville in April 2016, it was an unsettling time in my life.

Yes, I had the blessing of a full-time job I was starting, but I knew it was going to be difficult, and I no longer had any of the surroundings of home to comfort me amid that challenge and transition. The move to Farmville is when I officially moved away from home, out of the household I grew up in.

It’s an important rite of passage for everyone, an experience that stretches you in different ways, and often comfort has little to do with it.

However, I soon found that God was not going to stretch me without some help and even some comfort along the way.

He provided a great and friendly couple, Steve and Becky Thompson, from whom I was able to rent a basement apartment in the first year. It was a rural Farmville address in Cumberland County. Then, when they moved in early 2017, they referred me to another friendly landlord, Winning Queensberry, who welcomed me into a comfortable and convenient apartment in the Farmville suburbs but very near downtown.

God also provided help and encouragement in the form of Calvary Chapel Farmville and the ministry there led by Pastor Marv Fisher.

At work, I found a long list of people who helped me along the way, whether it was through short or long stretches of my time here. I learned things from each and every one of them. I’m grateful to Steve Stewart, who was the one who extended this important opportunity for me to come to Farmville. The longer-tenured members of the newsroom staff who have been of great benefit to me for all and most of my own tenure, respectively, include Staci Bridge and Betty Ramsey.

And then I found help in the people who directly supplied the stories I wrote and the stories themselves. There was no shortage of exciting ones to tell.

In sports, one of the most unique aspects of coverage here in Central Virginia came courtesy of Dixie Youth Baseball and Dixie Softball and their accompanying popularity in the area.

There are a lot of talented ballplayers in the area and all five counties I covered — Buckingham, Charlotte, Cumberland, Lunenburg and Prince Edward — produced teams that made standout runs over the past five years.

One that stands out in particular because of the dynastic quality it took on was the Prince Edward-Farmville Youth Association Debs team. That squad became three-time Dixie Softball Debs Virginia state champions, from 2016-18.

I fondly remember taking photos while huddled under a tent as Richard LeSueur and Frank Shanaberger called the game on 92.9 FM Kickin’ Country next to me.

Among my earliest cherished memories of sports coverage here was writing about legendary Buckingham County High School Varsity Football Head Coach Craig Gill. I was able to interview him for a feature shortly before his passing, and I was also able to share on the sports page tributes from his former players.

Gill had built the Knights into a perennial playoff team, and it struggled in the first couple years after he was gone, but I was able to tell the story of the program’s return to glory after one of Gill’s longtime assistants, Seth Wilkerson, took the reins of the program and led the Knights back to the postseason.

I also enjoyed covering the success Buckingham’s basketball programs achieved, with Head Coach Kelly Chambers and her daughter, Jayda Chambers, leading the Lady Knights to new heights, and Taylor Boyers successfully receiving the baton from Russ Gowin as head coach of the Knights.

It was also an honor getting to cover Prince Edward County High School Varsity Boys Basketball Head Coach James Scott in the last few years of his own legendary career.

It was enjoyable to see Cumberland’s varsity baseball program take off, and I was pleased to cover this past Friday the end to the school’s losing streak in varsity football.

All the schools, but Prince Edward in particular, created some neat opportunities to cover in baseball some of the stars I had come to know in Dixie Youth Baseball and Dixie Softball.

I also came to have a significant respect for Falcons Varsity Football Head Coach Ben Manis, as he and his staff seemed to be able to make a contender out of their roster each year, even if it was quite small.

Longtime track and field coaches James Baker, of Prince Edward, and Kenneth Jasey, of Cumberland, helped set the standard in their fields.

Central High School has a juggernaut of a football program, led by Head Coach Will Thomas. That program and Head Coach Michael Atkins’ varsity baseball team, which climbed past the region to the state level during my time here, and Head Coach Karen McGrath’s varsity softball team were my introduction to the powerful concept of Charger Pride. The varsity golf team also became a special standout.

While reporting on Kenston Forest School, it was particularly exciting to see what former Head Coach Tom Inge and now Joseph Kaiser would do with the football program each year, and I marveled at how good the young state champion varsity softball team was, battle-tested as it navigated long regular season schedules.

In Charlotte County, I learned that Randolph-Henry High School typically sets the standard for varsity golf and baseball in our coverage area.

Charlotte County also gave me an enormous gift in the form of the opportunity to cover an NFL player — Joe Reed. It was immensely satisfying to be able to cover him, not only because he’s talented but also because you could hardly imagine such success happening to a better person.

This job gave me my first exposure to regular college coverage. It was a privilege to cover Longwood University and Hampden-Sydney College sports.

Spring was always particularly exciting thanks to the Lancers softball team under Head Coach Kathy Riley’s direction and the Tigers’ lacrosse team, which saw the coaching baton seamlessly get handed from father to son.

Outside of sports, it was exciting to be part of the local coverage of the 2016 U.S. Vice Presidential Debate.

I also found myself in the major and important role of helping cover one of the biggest stories in our lifetimes — the COVID-19 pandemic. My co-worker, Alexa Massey, helped me realize the gravity of that storyline when she once asked about whether someone may, one day, want to interview us to ask us what it was like. Perhaps so.

I got a baptism by fire into the world of government reporting on my second day on the job when I covered a public hearing in Cumberland County with regard to a proposed real estate tax increase. It was standing-room-only, children sat on the floor, and the side door to the outside was left open so people could stand in the doorway and listen from outside. Emotions ran high and more than once, the chairman of the Board of Supervisors asked Sheriff Darrell Hodges to escort speakers out of the courtroom.

In 2018, I took over the Prince Edward County Board of Supervisors beat, and I am grateful for the assistance of Wade Bartlett, Kate Pickett, Sarah Elam Puckett, the supervisors and, more recently, Doug Stanley in helping me provide good coverage.

I was pleased to cover veterans in the area, with plenty of help from Fred Hill.

After the recent ice storm, I had a special opportunity to shadow Gov. Ralph Northam across three different stops in Charlotte County. I’ll remember that for a long time.

I also recall writing a story about the Prince Edward Volunteer Rescue Squad in which I rode along for an emergency call. I won’t soon forget that, and the experience greatly enriched the story.

Most recently, I really enjoyed getting to share with readers a glimpse of the ambitious and epic world of Elon Musk that could potentially bring much-needed broadband to the area via his growing constellation of satellites called Starlink.

In this life, at least, all good things must come to an end at some point, and that point has come for my time as sports editor for Farmville Newsmedia.

While it is important to spread your wings in life, home is not always something that disappears in the rearview mirror, and in this case God has opened up an opportunity, within the same company, to do reporting in Southampton County, near family, including my dad, who is set to retire just less than a year from now.

It has been an honor to hold the position of sports editor for The Kenbridge-Victoria Dispatch the past five years.

When I was born, someone highlighted 2 Corinthians 7:6 to my mom. That verse read, “Nevertheless God, who comforts the downcast, comforted us by the coming of Titus.”

Of course, the Apostle Paul was referring to a church leader from another time, but the fact that the verse has been applied to me is both awesome and humbling. I hope it was true at least some of the time during my tenure here.

And if it was, it was simply me reciprocating, because you all were a comfort to me. Thank you so much!

Titus Mohler was the sports editor for The Kenbridge-Victoria Dispatch and Farmville Newsmedia LLC. 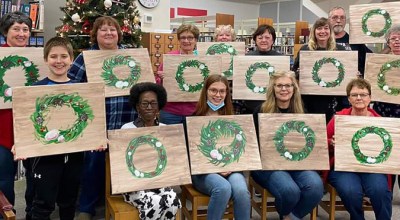 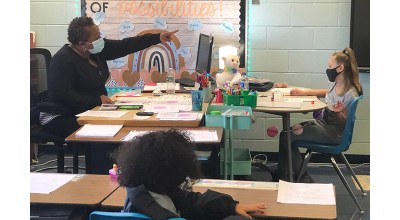