The county’s six solid waste convenience center sites are open from 7 a.m. to 7 p.m., but Hoover said there is nothing convenient about them and requested the hours changed during the November board meeting.

During that meeting, Hoover said the simplest solution would be to move the hours to 6 a.m. to 10 p.m. 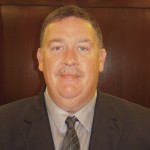 Supervisor Alvester Edmonds did not agree with Hoover’s recommendation of a 10 p.m. site closing and said the solid waste committee would look into the request.

During the boards Thursday, Dec. 10 meeting Edmonds said that the hours might change at some point in the summer, but, “As for right now, this is it,” he said.

“And the county residents are telling you this isn’t working,” Hoover said. “I mean, you think I just brought this up on a whim?”

Edmonds said he had not received any calls or complaints about the hours.

“We’ve got to widen these hours for working folks,” Hoover said. “The convenience site with the current hours is convenient for three different categories. One is retired. Two is if you are working the night shift, and the third is if you’re unemployed. It is not convenient for anybody who has a traditional job.”

Martha Sherwood Manning is one citizen who agrees with Hoover.

“There are people in the county who can only go to the dumpsters late evenings or early morning,” Manning said. “People commute to work. It’s an extreme inconvenience.”

Jordan Pegram said disposing of trash is a problem for her parents.

“My parents now have to drive 10-15 minutes just to dump trash, for my mom who doesn’t have full mobility and can’t drive, and for my dad who works 6 a.m. to 7 p.m. even on weekends, no, it’s not enough time,” she said. “Not everyone lives in town and works normal 9 to 5 day jobs. Trash isn’t something that we can just opt of out of, it’s an essential service that needs to actually be convenient and easy for everyone.”

During the meeting, County Administrator Tracy Gee presented the board with a spreadsheet showing surrounding counties and their site hours.

“We are comparable or better than most of the surrounding counties,” Gee said.

Virginia Johnson said the hours are convenient for her especially since they are open on weekends.

“I also think we should balance convenience and cost. How much would it cost in salaries to keep them open longer? Having lived where I had to pay $75 a month for curbside garbage pickup which limited what could be put out and when, I am happy to be a little inconvenienced.” Johnson said.

At the end of the discussion, Edmonds maintained that the hours were new to citizens and it would take some time to get accustomed to, while Hoover indicated citizens do not care what’s on a spreadsheet.

Hoover then suggested the committee look at changing the hours to 6 a.m. to 8 p.m. but the suggestion did not gain any traction.