A Lunenburg man has been charged with first degree murder of his father and concealment of a dead body after deputies discovered a dead body during a wellness check.

According to a press release from the Lunenburg County Sheriff’s Office, deputies responded at approximately 3:45 p.m. Saturday, Dec. 14, to the residence of Reginald “Reggie” Jarvis Dunnavant, age 69, in the 4000 block of Poorhouse Road in Victoria based on a tip for a wellness check.

The release cited that upon arrival, deputies discovered the remains of Reggie, the former Central High School baseball coach, inside of a bathroom, where he had been dead for what is believed to have been three days or more. Evidence of foul play was discovered.

Reggie’s 37-year-old son, Edward Lee Dunnavant, was at his father’s home when deputies arrived. The release states that Edward claimed to be living with his father, although he possessed a DMV address in the 200 block of Southview Farm Road in Kenbridge.

Edward was arrested initially on a felony charge of concealment of a dead body and taken into custody. According to the release, after approximately five hours of investigation, he was then charged with first degree murder.

Evidence was recovered that blunt force trauma was involved in the murder. The body, the release cites, has been transported to the State Medical Examiner’s Office in Richmond for determination of the exact cause of death.

The release also notes that although the sheriff’s office may be notified verbally of a cause of death within days, the official report will likely not be released for months.

Edward is being held at Piedmont Regional Jail without bond, according to the release. He will be advised of his right to an attorney in the Lunenburg General District court on Wednesday, Dec. 18.

The Lunenburg Sheriff’s Office is the primary investigation unit for the crime and is being assisted by the Forensic Evidence Recovery Unit of the Virginia State Police. Officers worked throughout the night and the following day recovering evidence.

Sheriff Arthur Townsend stated that the incident is still under investigation, and no further comments will be issued while the investigation is active. He encourages anyone with information regarding the case to call the sheriff’s office at (434) 696-4452 or anonymously via Crimestoppers at (434) 696-3100. 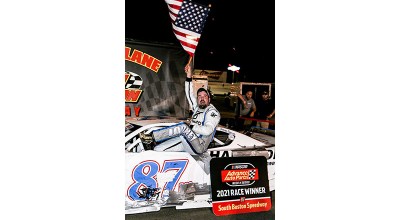