‘A very hard pill to swallow’ 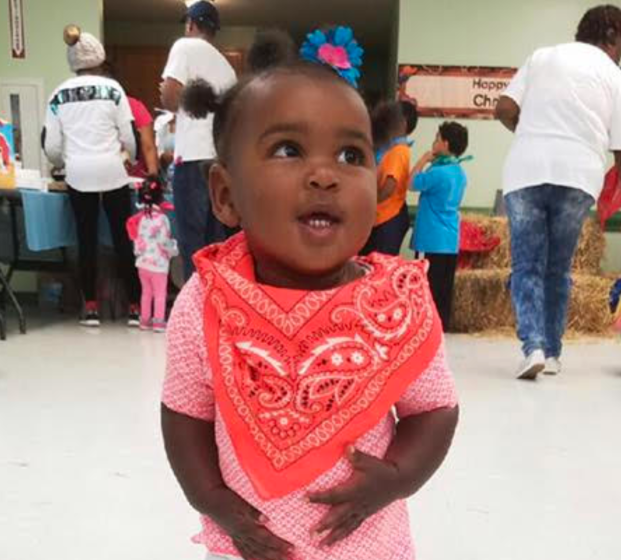 Photo courtesy Robert Clement Fifteen-month-old Aja Cofield, pictured, who was killed by her stepfather, Mario Davis, according to a conviction by a Lunenburg County Jury on Tuesday, “suffered extreme force,” according to Commonwealth’s Attorney Robert Clement.

Fifteen-month-old Aja Cofield, who was killed by her stepfather, Mario Davis, according to a conviction by a Lunenburg County Jury on Tuesday, “suffered extreme force,” according to Commonwealth’s Attorney Robert Clement.

A jury convicted Davis, of Victoria, of felony homicide and felony child abuse before recommending he spend 25 years in jail. 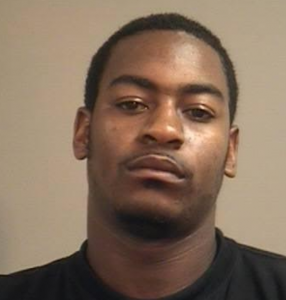 According to the press release, “the jury of six men and six women deliberated for about 35 minutes for guilt and for about the same length of time for the sentencing.”

Clement said in the release Davis was convicted in 2010 for distribution of cocaine.

“Davis continued to maintain that the child fell down a stairway inside their house at 513 Lunenburg Avenue, Victoria,” Clement said, “but two medical experts testified that this was not possible due to the nature of the injuries and that the child had suffered extreme force by way of what they termed ‘rapid acceleration and deceleration and blunt force’ or what the average person would call vigorously shaking the child and hitting the child’s head against a harder object.”

Clement said Dr. Robin Foster, of the Medical College of Virginia, demonstrated “the force that would be required by shaking a stuffed bear violently and then hitting the head of the bear on the edge of the witness stand, having a huge impact on everyone in the courtroom … This type of trauma used to be called ;Shaken Baby Syndrome,’ … but is no longer used in the medical community.”

Clement said both Foster and State Medical Examiner Dr. Jennifer Bowers “testified that the child suffered subdural and subarachnoid hemorrhages to the head causing internal bleeding to the layers of the head and brain which was shown to the jury by autopsy photographs. This resulted in the brain swelling and eventually failing  which caused bodily functions to begin to fail and leading to the cardiac arrest of the child.”

“Medical testimony also revealed multiple hemorrhages to the eyes, which is medical proof that  the head suffered severe force,” Clement said. “Even more damning, said Clement, was the discovery that the retina was actually detached from the eyes due to the extreme force. Clement said this was the first time he had ever heard of detachment occurring.”

Aja’s heart had stopped when the Victoria Rescue Squad arrived, however, members Drew Lyles, Rodney Newton and Susie Long were able to resuscitate her on the scene and then went to South Hill, and then to MCV, Clement said in the release. “There she was kept on life support from the day of the incident on June 9, 2016 until June 11 when it was removed. Marissa Cofield, the mother of Aja and wife of the defendant, allowed Aja’s organs to be retrieved for transplant purposes.”

“Clement said the defense attorney, David Powers, of Chesterfield, argued that other persons could have inflicted an earlier injury to the child and then the child fell from the stairway later and exacerbated the injury to the head, however, Dr. Foster had testified that the child would not have been able to maintain normal function after the injury.”

Clement said in the release he presented a witness from the neighborhood who testified that “he saw a small child playing with a dog in the yard that morning. The mother also testified that Aja was fine that morning when she left for work at Walmart in South Hill where she arrived at 10:30 a.m. as confirmed by the employment records which had been subpoenaed.”

Clement said Cofield said she also had contact with Aja that afternoon during a break by way of Facebook video. “Davis himself had given statements to Deputy Sheriff Bert Bruneau and Investigator Michael Landry that Aja was fine that morning until the ‘fall’ around 4 p.m.. He also said his mother had picked them up that morning and taken them to a local store, during which Aja was fine.”

Clement said Davis admitted to police that he was the only adult with Aja at the house that afternoon, and that the only other person was his three month old baby, Aria. Davis was not employed, Clement said

“Evidence was presented that Aja had a large sore on her neck at the time that had previously been diagnosed as a fungal infection, but was later confirmed to be a herpatic lesion, which caused her pain. Her mother testified that she often cried and was very insistent upon being held. She said she would not even turn her head in that direction. She had been given a medication by the initial doctor, but it did not improve the sore. Clement argued that Davis must have become frustrated with Aja because of her constant crying and neediness and lost his temper, resulting in his actions toward her physically,” according to the release.

“Since Davis took the witness stand on his own behalf, Clement was able to question his credibility by asking whether he’d ever been convicted of a felony, to which Davis replied that he been convicted of one felony. Criminal procedure does not allow the naming of the conviction during the guilt phase of the trial, but which was later revealed to the jury during the sentencing stage to be a 2010 conviction for distribution of cocaine,” Clement said.

“The law also prevented Clement from being able to introduce evidence of previous injuries of broken ribs which had healed, nor evidence of an injury to an older child of Marissa Cofield a few years ago who survived a trans-sected pancreas, because the injuries could not be directly connected to Davis even though he did have access to the children. In those two situations, Clement said, others also had access to the children. In this case involving Aja, Davis was alone with the child.”

Clement said the defense also elicited testimony from the mother and another relative that they had never seen Davis be abusive toward the child and never violent to anyone else.

“The jury had one question for the judge during the sentencing stage, asking whether Davis would serve the entire time that they recommended. Circuit Court Judge S. Anderson Nelson gave them the standard answer that the law requires, namely that they must decide the punishment and shall not concern themselves with what may happen afterwards. (According to Clement, at this time, a prisoner serves 85 percent of his sentence with the Department of Corrections, but the jury is not allowed to be instructed on this fact),” Clement said in the release.

“Clement argued that the jury needed to protect the remaining child, Aria, from the defendant in the future as well as any grandchildren he would have access to.”

Pursuant to statute, Nelson ordered the preparation of a presentence report by the local probation officer and continued the case to July 18 at which time he will have the option of either confirming the sentence recommended by the jury or reducing it. He cannot increase the sentence, according to the release.

According to the release, Clement said he will be filing a show cause order for revocation of a nine year suspended sentence that the defendant had on the conviction of distribution of cocaine in 2010 for failing to be of good behavior, meaning the potential for additional jail time on top of the 25-year recommended sentence.

Clement said Davis was originally charged by police with aggravated malicious bodily injury before the child died. “After her death, Clement indicted him for first degree murder, which required proof of premeditation and and a another indictment for felony child abuse. Clement later indicted Davis for felony homicide and then elected to proceed on that charge as well as the felony child abuse. Clement explained that felony homicide does not require proving premeditation or intention to kill, but rather the accidental killing of someone during the commission of a felony, in this case felony child abuse.”

Clement said in the release that after performing “much research on the law and after talking with a number of colleagues around the state, he concluded that felony homicide was the cleaner and more efficient way to proceed for the jury and improving chances of conviction.”

Loss of machinery and tools tax may cost thousands

LCPS to begin plans for next school term

Board votes to exempt veterans from license fees

Almost 30% of Lunenburg citizens have received a vaccine

The cicadas are coming

Marijuana could be legal by July 1